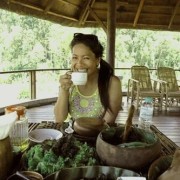 It was on the first week of this month November, shortly after 12 o’clock noon, that Sunday was already planned. Me and my daughter are expecting for us to go to church after my work, that was also two days before her birthday. But, accident happens, nothing is really guaranteed in this world and things may happen any minute. This is the first-time-ever kind of moment in years of coming and going in the beautiful place of Sabang, a magnificent place of which most of my boat rides were a great feeling of appreciation to this piece of paradise.

But in that moment, that feeling turned to something agonizing.

We are heading back to Sabang pier that time after a very smooth well-dispatched Underground river tour coupled with guests from Manila and Korea. I was sitting beside the boat captain so it is on the captain’s seat at the back. The ocean was quiet rough with high winds for most of the time that week.

Everything seemed routinary, in a blink I felt this wave rocked the world around me all of a sudden, a blow I felt I was shaken. I cannot forget this big wave came which turned our boat sideways almost 90 degrees, seeing the boat from that angle is absolutely terrifying.

Next thing I know, i was already out in the water. My control got out of balance, my body slide and i fell off the boat that quick.

As luck would have it, I managed to hold tight on the side with all my force and agility, very determined not to loose tight because the propeller underneath will surely suck me fatal.

Until the boat captain turned off the machine and two of them pulled me up, thankful.

When we looked back, sure enough, my bag is floating.

While some call it stupidity for not being so careful whenever I am in a situation like this, and I know that I have to really pay attention every time, presence of mind is really important. But for me the justification still lies on account of an accident, not blaming anyone, the very truth that will set everything free.

I had to go to the Coastguard for incident report for the record but the wharf was also attending to a couple guests, the girl had an ankle sprain. There were Ambulance, Tourist Police team and authorities around. Having no idea at first, I was sort of shocked shaking my head saying no, this ambulance is not for me.

Then again I realized I have to compose myself faster and proceed, the guests has flight back to Manila early that afternoon, lunch is still waiting at the restaurant.

The hardest part is how to still… still remain proactive, calm and still motivated to get up right back in with headachy eyes, wet all over while everyone is asking the same question over and over which I understand an act of concern.

Tried to collect myself and get my breathing back to normal. I got bruises on my legs and butt, experienced headache and body pain, a little bit of post trauma thing but I was fine. I know the effects will go away after awhile. The guests were perfectly fine, to the point of assuring the travel agency that I am okay except for my gadgets of which I know I am responsible of.

The truth is, i always have a small dry bag inside my bigger bag which I always keep the gadgets safe during navigation, I really don’t know why I did not pay attention to my routine of putting those inside that very moment.

The Universe was right for cracking a joke on me, things may happen the least you expect. I really do appreciate everyone for asking if I am okay comforting that we should still be thankful, life is more important than those things lost or damaged.

So true, yes I’m sad but I’m not broken, everyone is a source of strength.

Adding up to my definition now, life is also a jumble of accidents which reveal some mystery behind only you will know.

I am still lucky to be alive and kicking. I know that sticking my head in my hands wishing it had never happened and thinking how? “How did it happen?”, “What could I have done differently?” and a myriad of questions will not help at all.

After two days, I found myself back in Sabang working and living for the day, appreciating each moment because tomorrow might not come.

To end, i did not write this to scare everyone but just an example of things beyond our control, based on my own experience.